In previous posts I mentioned that the future of events will be hybrid. Conferences and tradeshows will offer both digital and live events. Of course, currently, and sadly if I may add, due to the pandemic we are still in a purely digital era. Considered not as fun as the live shows, digital events are actually better than nothing, and they can be interesting when done right. Speaking of which, today I get to share with you my experience with MAD//Anywhere.

The event aims to attract marketeers, influencers, startups, media people … all together. There is a live event in London called Mad//Fest, apparently taking place in an open car park if I understood correctly. Well, this year, I got to attend the digital spin off MAD//Anywhere and this digital happening did give me a taste of what the live event should be. It was a total discovery for me. And I must say, I was pleasantly surprised.

The event took place over two days and there are a few elements that surprised me, and some others really impressed me.

First of all, it was a fast-paced agenda. 5, 8, 6 minutes… Sessions were very short. “Only a few minutes long?” I wondered. When I glanced at the agenda the first time, I was a bit skeptical. But it works! In a way it forced speakers to really make sure their message was precise and clear. And it actually made the happening much livelier.

Also, the platform used by the organizers was very easy to use and extremely stable. And most importantly, it was possible to follow on both laptop and mobile device. It allowed me to be in front of my computer screen when I was in my home office, but also allowed me to follow the live stream when I was outside to fetch my son to school or his hockey practice. (Of course, not while I was driving, safety first guys!).  So, I could stream the live show and follow the sessions truly anywhere. And that is extremely powerful.

And most importantly: efficient networking

Finally, I would like to mention the fact that the event was a real networking opportunity. Usually, many digital events are just similar to a simple TV Show. A person on stage facilitating different transitions between speakers and their PowerPoint. But MAD//Anywhere was more than that. The platform offered different ways to allow attendees to interconnect and interact. There was a Wall where you could leave your thoughts, comments or questions, there was also a Micro/Pub where you could chat with people, and during the day there was interactivity and reactions from the organizers to what was going on. There were even some friendly competitions designed to make attendees interact. So basically, the show was an interactive networking experience. And let’s not forget that successful networking makes a successful event.

To sum up the entire experience, I was definitely pleasantly surprised by the content and the fun lively format which is extremely efficient. In a way, if you are a marketeer, and if you had to be somewhere, it was at MAD//Anywhere.

PS: The MAD/Fest aims to take place live in July in London, so cross fingers guys!

PS2: after two days of conferences, I still have no clue why there was a bear lifting weights on the poster of the event. But I made a cool drawing of it and I won an award for creativity. Thanks guys! 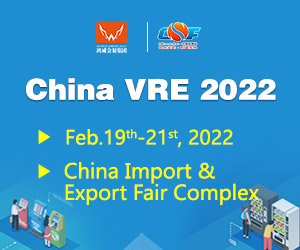