SIAL stops in Canada for its yearly visit

An event for North America

SIAL’s network reaches over the five continents of our lovely planet. The next stop will be in Toronto for SIAL Canada and Set Canada from 28th till 30th of April 2015. Like its brothers and sisters from the group, the event targets to attract professionals active in retail, foodservice, or food processing…so all who are looking for innovative, regional or special products.

Experts hub: a group of experts is present to discuss themes such as Innovation, Packaging, Taste expertise, Olive Oil, Pastry, or food processing to name a few.

Cheese by SIAL: the event was launched for the first time during the edition of 2014 in Montreal. Cheese by SIAL is a space dedicated to products from all over the world, with tastings and even Cheese and Wine sessions.

The Lab: pastry chefs will share their know-how assisted by students from regional school and demonstrate how to create a masterpiece!

Conferences: what is a fair without conferences on the side to attend? The program of the event includes the following themes:

SIAL Forum: a gathering place with sessions of 30 minutes. Among others visitors will be able to attend sessions of XTC World Innovation, or Brandspark

The organizers of SIAL Canada have decided to dedicate place for two major aspects of our industry: the supply chain, and ecommerce.

SIAL Canada initiated collaborations with experts, and media to enhance the experience of the visitor on the supply chain. In addition, with others of the SIAL Group, the organizers will set up the Summit on the Supply chain on 28th of April.

In the hart of SET Canada, the organizers decided to integrate a space dedicated to ecommerce. Professionals will illustrate aspects such as, ERP, CRM (Customer Relationship Management), customer loyalty system, In-Store Systems, Technology/Data Processing, Training, E-learning, to name a few.

Corporate responsibility is not forgotten

A food show can only happen with lots of food exhibited. Of course, exhibited items can no longer be sold, but are still good for consumption. As a socially responsible fair organizer, SIAL Canada partners with local charity Moisson Montreal the largest food bank on the island of Montreal, to collect food from the Canadian exhibitors.

And since it's creation in Toronto in 2011, SIAL Canada has chosen to support Second Harvest. The organizers have also decided to donate $1 for every paid attendee's entrance to the Show.

My 20/Cent on this edition

From comments of North American companies, it seems that SIAL Canada is a ‘not to miss’ event. I would tend to agree looking at the information received. And I would add that it’s good to see that it’s not just about showcasing food. It’s interesting to see that ecommerce and the supply chain get their own space on such event. Plus, even if it’s something that is just common sense, it’s nice to see the collaboration between the organizers and the local charities. 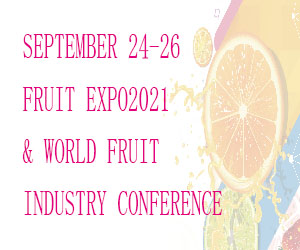