Due to the pandemic and the current health situation Koelnmesse had taken the decision not to organise any events in Cologne for the second half of 2020. This decision changed many plans of course in different sectors. Some postponed events were on my agenda, and with all those cancellations, my last months of 2020 are quite monotonous from this point of view.

But fortunately, the Koelnmesse had decided to organise two completely virtual events: Gamescom and DMEXCO. The first event, a major gamers' event, attracted more than two million spectators simultaneously in its digital version. So, when it came to following DMEXCO, one of my favourite shows in terms of content, I had high expectations.

In terms of content, this year's edition once again delivered an interesting and comprehensive programme. I will not go into detail about the different sessions I attended. The only major trend I will mention is that all the experts seem to agree that Tik Tok will further develop and offer even more opportunities for brands in the near future.

As far as the figures are concerned, this DMEXCO 2020 really has nothing to be ashamed of. Certainly, the 20,000 participants this year are less than last year's 38,000. But there were probably fewer students present online, which plays on the figures. And it must be acknowledged that attracting so many professionals in front of their screens is still an achievement.

But let's talk about the different aspects of attending an event digitally instead of live. I had the chance to participate in this totally virtual edition and it was almost as good as going on site. Of course, it wasn't the same feeling as a live visit, but at times I could feel the unique and familiar atmosphere of DMEXCO.

First of all, the digital platform was very easy to use. And there were some interesting elements to point out:

Then, as far as the atmosphere was concerned, the organisation managed to fill the agenda in an intelligent way. The programme was spread over a very wide time slot (until after 9pm), which undoubtedly allowed visitors from other time zones to be satisfied. Also, in the programme there were more entertaining sessions such as yoga and even a DJ set to conclude the event. Finally, let’s not forget to mention that the DMEXCO teams actively animated the usual social networks (Linkedin, Twitter, Instagram, etc.) in order to share the atmosphere. In short, quite a lot of effort was made to ensure that participants could experience the atmosphere so typical of the event.

Honestly, from a digital experience point of view, it was almost as if I was there. But at the same time, those little things that make an event a real show are lacking. The human contact, the face-to-face, the fact of strolling around and discovering the booth of a company that you hadn't put on your visit plan, the communion between a speaker and his audience... all these different elements are missing when you participate in a digital event.

In short, and to conclude, I would say that this DMEXCO 2020 has managed to prove two things to me. The first is that events can react very pro-actively and offer an interesting and enjoyable experience, despite the circumstances of the current crisis. And the second is that digital cannot simply replace the physical. In my opinion, it is certain that the two will coexist in the future and, I am convinced that a hybrid will be born from the union of the two. For sure, this will be a very interesting subject to deal with in another article. 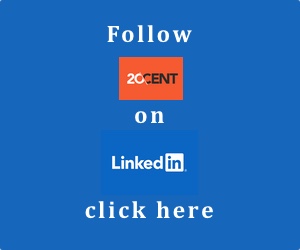