In approximately two months the year will be over, and I am happy to announce I will be very busy with the launch of a new project which will officially start on January 1st 2020. Instead of just telling you about it, I thought it would be more fun to put myself on the grill and interview none other but me in this latest instalment of 20/CENT MEETS.

Rumour has it you have a new project?

“Yes indeed! Starting January 1st 2020, I will be editor in chief at Retail Alert, which is a new independent online meta-media aimed at professionals of the retail industry. It is an ambitious project and a very exciting position to fill.”

But working in the B2B press, isn’t it like going back ?

“I understand why some would see it this way. However it is very different.

In the last couple of years, several times I have been asked to come back in the same sort of role I used to have or at least to “do something together “(and no, I won’t mention by who or the multiple times I have been approached). Obviously I was never tempted or convinced. However when I was approached for Retail Alert I was rapidly inclined to do it, and for various reasons.

To start with, as I mentioned the concept is the one of a meta-media, meaning it will aggregate the latest news directly from various sources. Retail Alert will function very differently compared to the current players active in the B2B press. Working for a copycat, even a good one, wouldn’t bring anything new to the market and wouldn’t have caught my interest anyway.

Also, I will work in a new function, the one of editor in chief which is a new challenge. Even if I have my blogging experience, being in this new role is a new position for me.

I could also mention I will be working in a structure with experienced people, the fact that big names already want to support the project, or the fact that the development of the activities is ambitious but well organised and planned...basically I could go on but sincerely, this is not a comeback. I prefer to look forward and not live in the past.”

Weren’t you agent or something previously ?

“Indeed I have been. Actually being a retail influencer wasn’t my objective at first. The thing is a couple of years ago, after learning from my experiences in the media world and in field marketing, my objective was to bring brands to the Belgian and even Benelux market, so I became an agent. At the start of that project I started a blog to differentiate myself from other “classic agents” who all have the same website claiming they are ‘the best and most beautiful agent or broker in the whole wide world with an amazing business network’. My point was to have a website that actually showed my skills and knowledge, so I started blogging and writing with that idea. But rapidly the activity/hobby grew. The number of readers of my blog kept increasing (and it still does today) and also I kept getting more and more spontaneous partnership requests. So it got me thinking: I could do something out of this blog. But then it was obvious I had to choose. Time wise it was a logical thing to do but mostly, I was in a position where legitimately I had to choose. Ethically I couldn’t on one hand get sensitive info from major players  to use and publish (info from retailers and manufacturers I mean), and on the other hand, utilise those insights to the advantage of clients competing with the ones who gave me confidential info in good trust. Others might, but I believe in an ethical and responsible way of working. So in case you wondered, I stopped the agent gig for a long time already.”

So what’s next? Are you stopping 20/CENT Retail for Retail Alert ?

“Let me reassure you and the numerous readers, 20/CENT Retail will continue as usual. When Retail Alert approached me, it was actually one of the first points on the table: 20/CENT Retail should continue as both activities are different and can perfectly coexist.

Actually one of the things I like with the Retail Alert project is that it will allow me to concentrate on writing and creating content in various forms. With Retail Alert, thanks to the structure and concept, I will have the tools to report rapidly and on the spot according to the latest news. With 20/CENT Retail, I can concentrate on expressing my views and analysis of events and concepts that caught my attention. “

One last question: are you ok? Do you often talk to yourself ?

“Well that’s not one but two questions, and yes! All is fine, be reassured. I simply look forward to the exciting experiences coming up.” 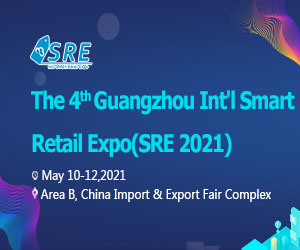