As I mentioned in a previous post, I consider the ISM to be one of the classics among trade fairs. (See http://20100retail.be/en/articles/147/some-events-to-look-forward-to-in-2016) So since my yearly holiday was only in February, and my agenda allowed it this year, I made sure to attend the event.

As I decided to go on Monday for just a one-day visit, the train was my choice for transportation and this time it didn’t fail me. Furthermore, it held its reputation of being a meeting point for many Belgians going to the show as during the walk between the main station and the Koelnmesse I could chat with a few compatriots. For those who don’t know, many Belgians take the train for a visit to the ISM on the Monday, and you get to see them back in the evening on the train going back to Belgium. It’s always a good moment to compare notes even. 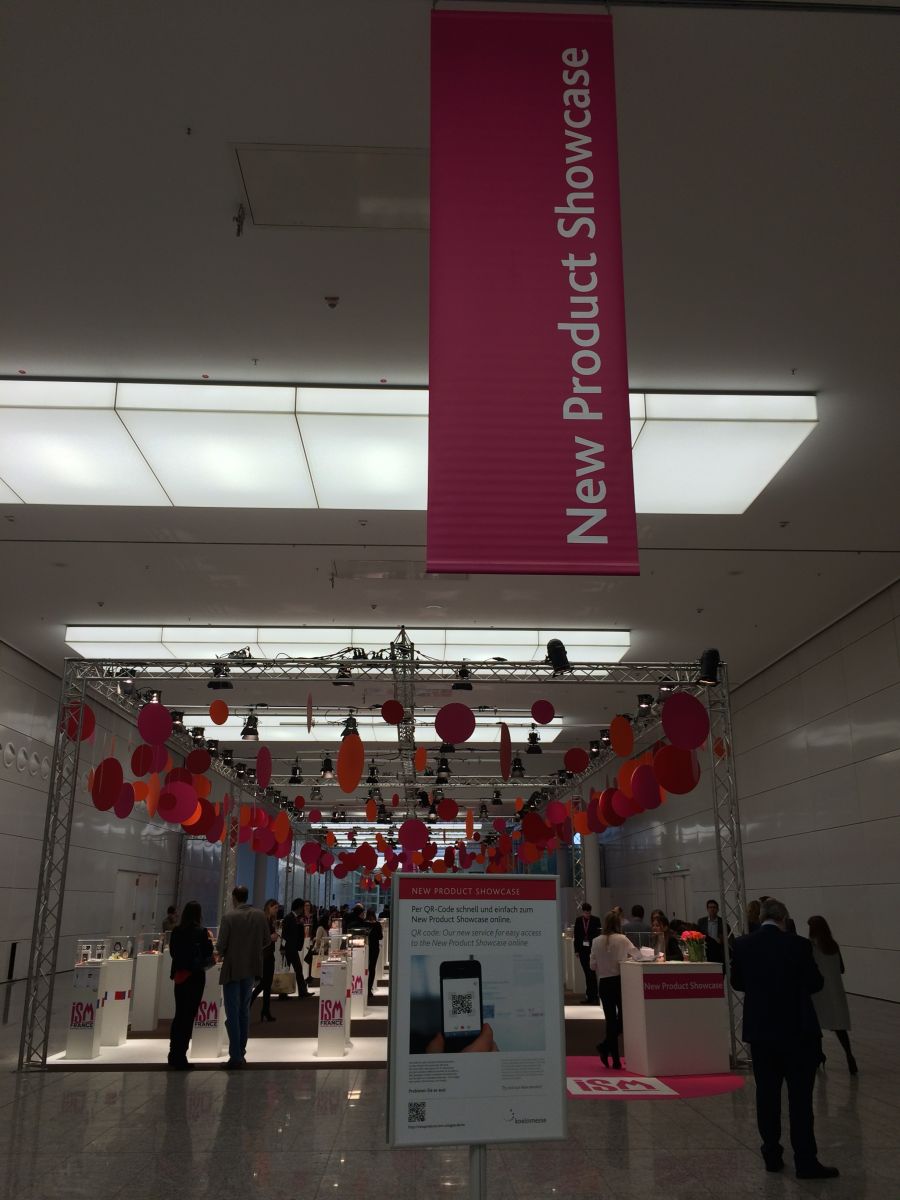 The day was full and instructive

Many meetings were on my agenda, and I also managed to stop at some of the main attractions of this year’s event. Allow me to share the main ones that caught my attention.

A visit to the ABICAB’s pavilion

As a certain number of readers are from South America (particularly Brazil), and I received an invitation from ABICAB, my first stop of the day was at the Brazilian pavilion. It’s a new angle for the blog, and I hope you’ll enjoy it.

The interesting part was to see how I could tell the different companies present at the show where emphasizing the attention they bring to the production of the raw ingredients, and particularly the cocoa beans.

Sadly I did miss the first minutes due to a prior engagement, but on the ISM stage I managed to catch most of Juliette Kuiken’s presentation “Top 10 Trends for 2016: The Impact on Sweets & Snacks”. Her presentation attracted quite a crowd as there were not enough chairs for everybody and many had to stand. 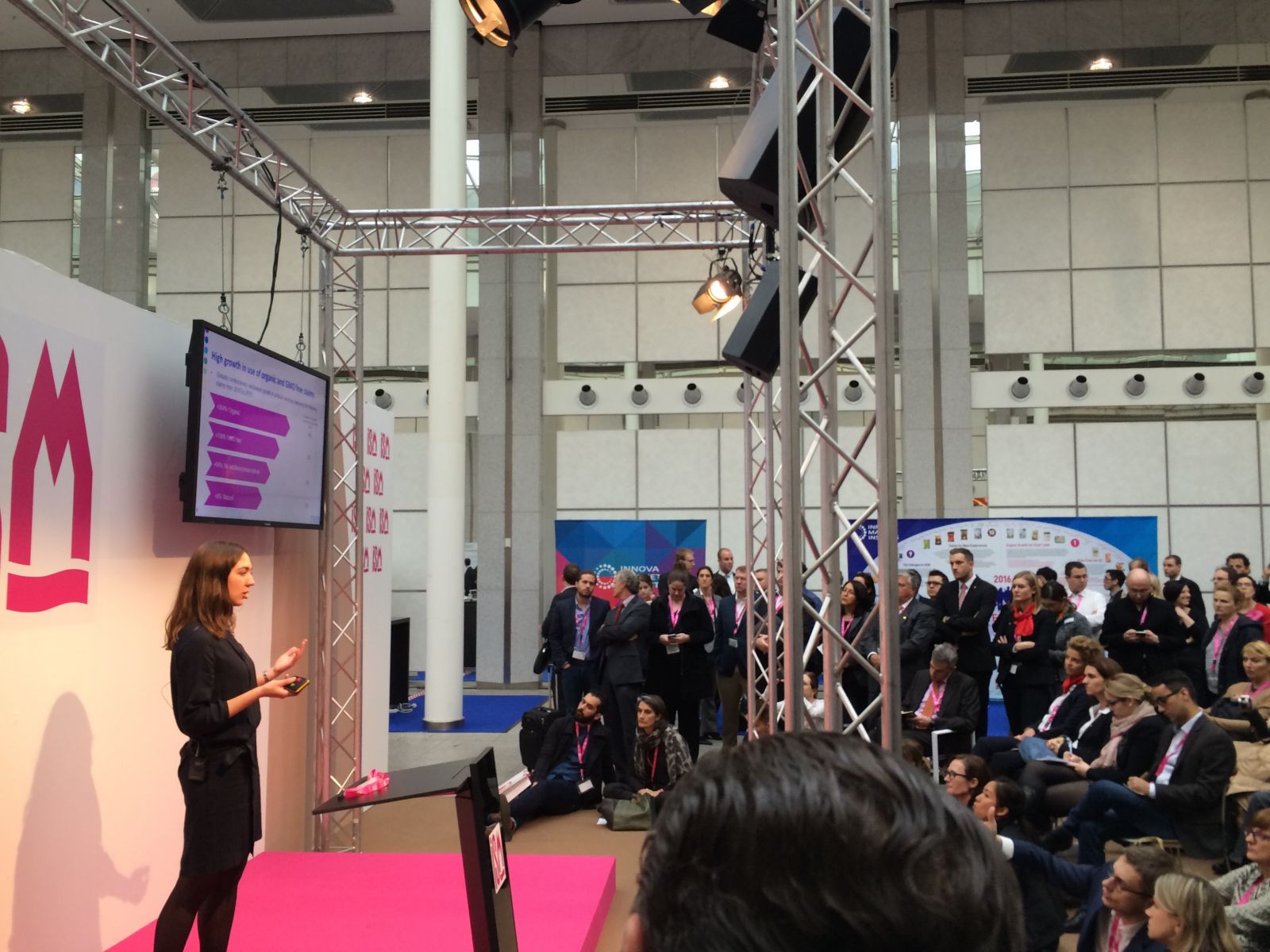 The speech was interesting and tailored to the crowd of the ISM. Indeed Mrs. Kuiken concentrated her efforts on five trends only, more relevant for professionals active in the sweets and snacks industry. Also, she re-emphasized the importance that all the trends of the report are always backed and substantiated with many concrete examples.

The full ten trends were mentioned in a previous post, based on the data from Innova Market Insights presented at Anuga http://20100retail.be/en/articles/138/top-10-trends-2016.

The New Product Showcase is always a great opportunity to check out innovations from all over the world, and sometimes get some inspiration. The exhibition was well placed, and seemed even bigger than previous years. For those wondering who won, it was Katjes Magic Candy Factory, a 3D printer for fruit gums. You can check the article about it (and see a big Gummy-spider as well) on http://20100retail.be/en/articles/156/the-new-product-showcase-of-ism-crowned-a-3d-printer

What else did My 20/CENT picked up? 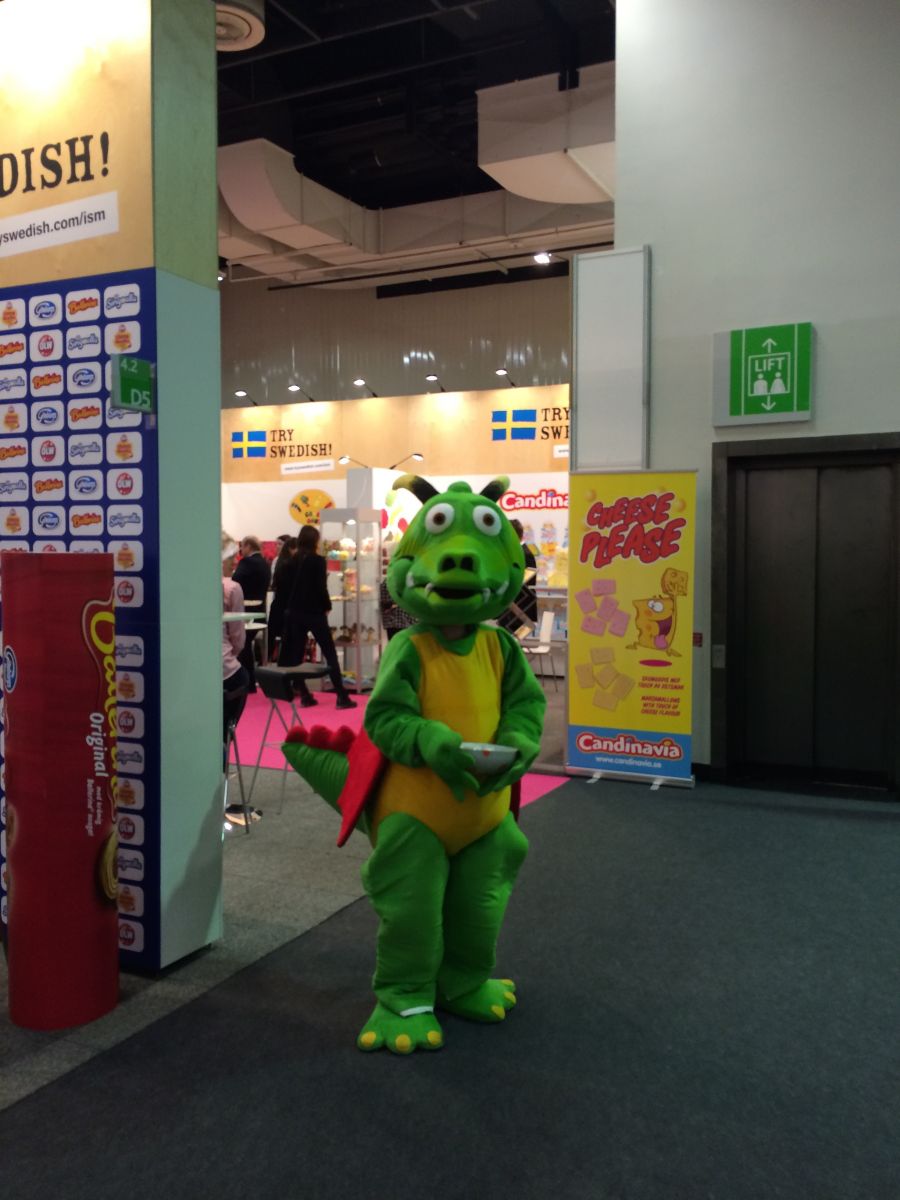 The barometer was confirmed

Going to the ISM is always a good barometer to see how the year is going to be (and not just in the Sweets and Snacks industry in my opinion). Well if I believe the several feedbacks I got from exhibitors, 2016 will require a lot of work but should be a good year. Many exhibitors told me how busy they had been meeting with current clients and new potential business. Now obviously, all those new business contacts will require further work, but it’s always a good sign to be that busy.

As usual Belgians were numerous

Not just on the train, but also in the halls and as exhibitors, I met many Belgians. I even got an invitation via social media channels from Nougat Feliz, a young startup who offers a new twist on nougat. Their products are aimed at culinary lovers who will appreciate a more gastronomical experience. Their range comprises classic products, but also some with surprising combinations of ingredients. Just to give you some examples: pumpkin seeds, black pepper and sesame, or strawberries and black pepper. 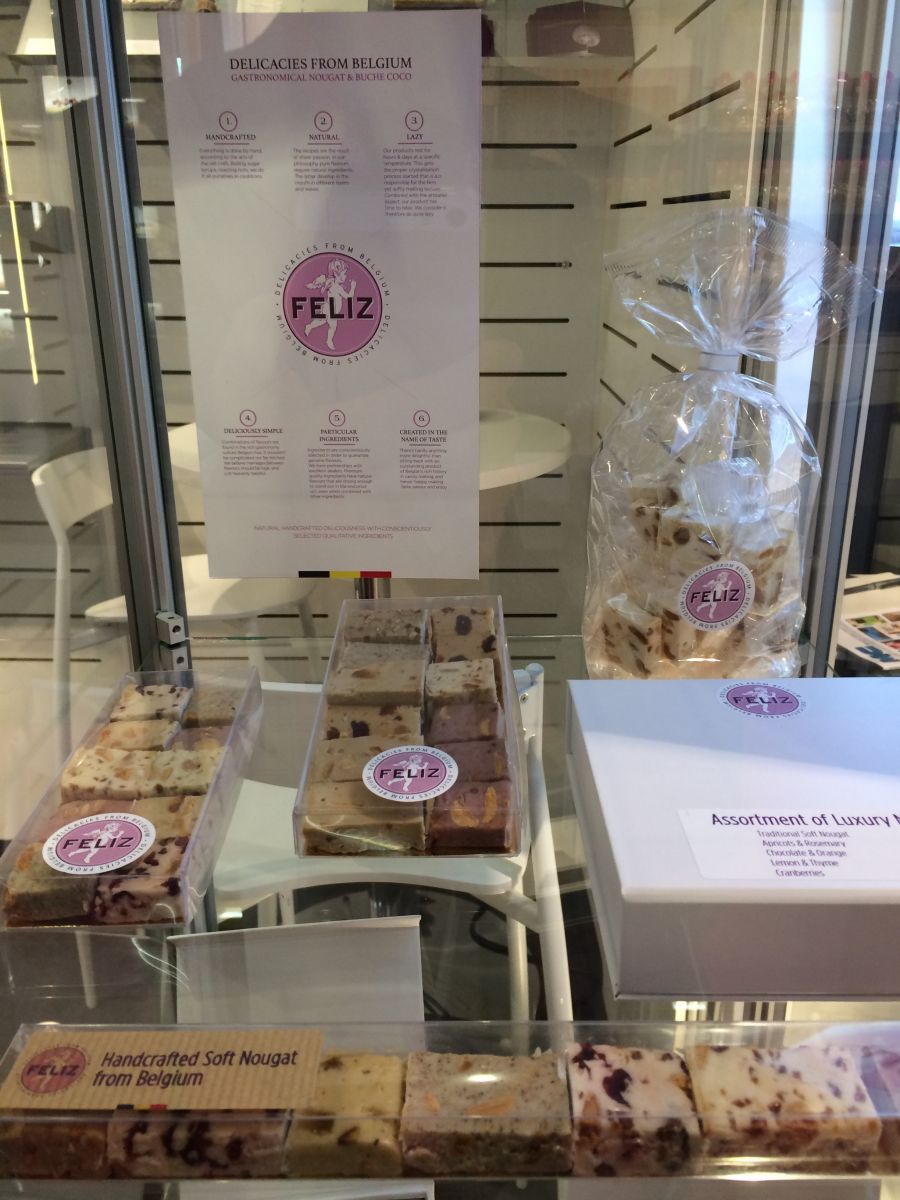 Not too quiet and not too busy

Overall, I could also tell according to the crowds I have seen, and according to the availabilities of exhibitors that this year’s ISM was maybe not the busiest ever, but definitely far from being quiet. So it seems that the organizer will be able to communicate good figures in terms of attendance this year.

No kids, but many mascots

Finally, I couldn’t stop this article without mentioning that ISM is probably the fair where I see the most mascots (and yes I exclude fairs on cosplay or Comic-con as I concentrated on professional fairs).

So for those wondering, whether the event was worth visiting, the answer is yes. Hopefully, we’ll meet on next year’s event, which will take place from January 29th till February 2nd 2017. 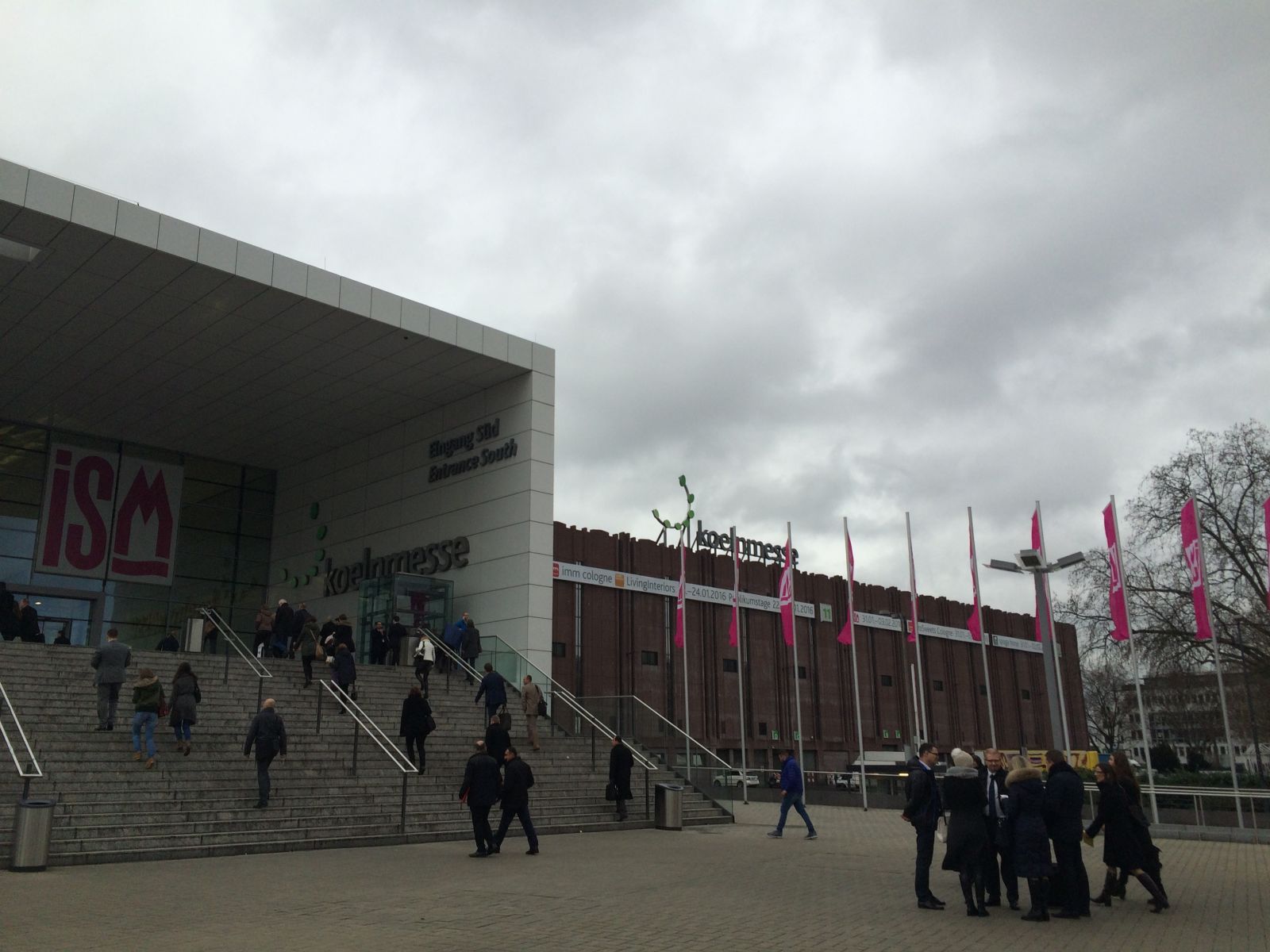 More on ISM on www.ism-cologne.com