Vinexpo in Paris was a good move

Usually Vinexpo takes place at the end of May in Bordeaux. But the last few years, the show realized that it needed to shake things up. And for the first time, it was decided that the fair should take place earlier in the calendar, and move to Paris. After visiting this year’s edition, those were good decisions if you ask me.

Obviously on a sales point of view, for exhibitors it is a good idea to meet customers earlier in the year. May is actually a bit late. Many customers would have already bought their stocks for the warm months and even possibly the year. In short, it means that an event in February offers the opportunity to raise your chances of a successful summer.

On top of that calendar move, Paris was chosen as the location for this year’s event. Of course, all of you know Paris, the fact that the town is easily accessible and as a capital it offers many facilities (transport, hotels, …).

But, Vinexpo also chose to have a collocated event with Wine Paris, which is already the gathering of two other wine events, Vinisud and Vinovision. Definitely a good move for all as with so many exhibitors present and a better centered location, it brought many visitors to the fairgrounds.

These arguments are all good and well on paper, but I also had to visit these collocated events to see for myself if these moves were truly successful.

First of all, what I noticed is that both Vinexpo and Wine Paris retained their identities and stayed separated from each other. It is logical as it was a first cohabitation for both. Obviously with the badge from one, you could go visit the other, but further than that I didn’t notice any other synergies between the two shows.

In a way, this separation played in favor of Vinexpo if you ask me. When on Wine Paris, I saw many visitors and busy exhibitors. But it was also the case on Vinexpo as well. So, in terms of frequentation, I didn’t notice much difference.
Where I did notice differences was in the content and the offer. Wine Paris gave me the feeling that the entire tradeshow could be summed up in: “wines from one region here, wines from another region there…and there you go!”. The offer was well varied, but Vinexpo had an offer which was more international and also events and dedicated zones on top.

On Vinexpo I noticed that next to the a more international aura, the event put an effort in presenting different dedicated areas to reflect market trends. L’Avenue, inspired by Paris architecture, was a showstopper putting the spotlights on premium wines and brands. Organic wines had a dedicated area reflecting more simplicity but still efficient. And finally, I really liked the setting for Be Spirits. The area was a true gathering of trendy unformal corners where exhibitors big and small could be placed; and the core of this zone was a stylish bar where imaginative and original cocktails kept being created.

The event showed promising numbers and in terms of content it was definitely attention-grabbing. What could be interesting for a future edition in Paris is to create more synergies with the collocated events. The DNA of Wine Paris and Vinexpo are different, but if the idea is to be more international and attractive compared to the international competition (you know about which show I am talking about right?) both events would win by collaborating on certain ideas. An international forum? A combined communication approach towards international visitors? I will leave it up to organizers to decide and work it out between them. But it should be more than just a “shared badge”.

To conclude, after these remarks and pointing out the successful dedicated areas of the show, I will say that for a first time in Paris, Vinexpo should be happy with this experience in the city of lights.

PS: check out the three items that caught my eye on the show in a next article. 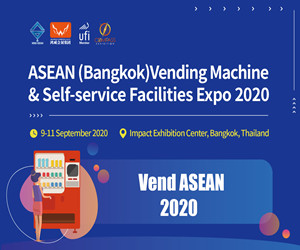