Alright we get it!

Unless you live in a hole without electricity, this week it was impossible not to hear or read about the opening of the first Belgian Jumbo supermarket in Pelt. The yellow fever has arrived and it seems that the press (B2B and B2C) got a severe case of it. You probably saw how the contagion hit your mailbox and social media feeds as the press was eager to “tell you the Breaking News”, “to share the latest pictures”, “to give you the full and most unique report and analysis”. It was impossible to escape from it.

Of course, the fact that a new retailer appears in Belgium is news, and of course Jumbo seems to possess an interesting background and tools to do well in Belgium. But let’s take a step back and pace ourselves.

First of all, I had to look up Pelt on the map. I am sure it’s a great location and a nice little town. However, it certainly doesn’t qualify as a major city. And when I read all the analyses from my colleagues, the next openings should be all over Flanders, yet not in any major city, neither in Wallonia. So, unless Brussels, Antwerp, Gent, Namur, etc get their dose of yellow, this grand opening in Pelt could be considered as simple local news.

But I already hear the comments and answers to this article: “you are ignoring the fact that it will start a price war and Belgian retailers are under attack.” You know what, I am certainly not ignoring the strengths of Jumbo. It is a strong concept, the numbers and developments shown the last couple of years and even the flamboyant CEO are all interesting and certainly will help Jumbo in its quest to conquer Belgium. However, I need more to convince me. Do you know why?

Well, what struck me the most in everything I read and saw is that the story sounded too familiar. I went back in my archives and found the first press releases and articles about the arrival in Belgium of a certain retailer called  Albert Heijn. Back then, there was also a “price war” fear, there was also a claim that the newcomer was going to reach a three figure number of stores within 3 to 5 years; and there was also a claim that the newcomer was going to conquer all hearts as it had “the quality and service of Delhaize with the prices of Colruyt/Aldi”. Many years later, AH is only in Flanders with just above 40 stores, and the competition is still the same: Colruyt continues to be Colruyt, hard discounters are still cheap, and Carrefour and Delhaize are still fighting (strong) while even showing innovative concepts once in a while.

Don’t get me wrong, I am not telling you that Jumbo is a second Albert Heijn. What I actually mean is that before we claim that the new player in town is the new champion, maybe we should let him show us his skills and strengths?

Your comments and questions are welcome via Vincent@20centretail.com or via the form http://20100retail.be/en/contact 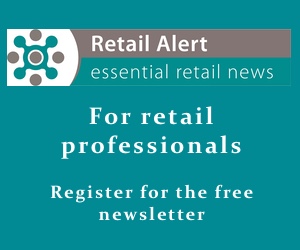